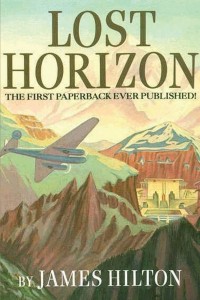 In 1933 James Hilton, in his novel Lost Horizon, wrote about the legend of Shangri-La (a variant of the original Shambala,) a valley hidden deep in the Himalayas, whose inhabitants lead extremely long lives. He placed Shambala in the south-eastern part of China in the Himalayas. The book was instrumental in introducing the mysticism of the East to Western readers; yet Hilton had knowledge of only a small part of the entire narrative.

In his book On the Way to Shambala, Dr. Edwin Bernbaum writes about visiting a Buddhist temple in Nepal and coming across a scripture which described a passage to that mythical valley. He placed it as being somewhere in the north of Nepal. Over the years,the more esoteric locations described for Shambala are the Arctic, the Western Himalayas and even the middle of the earth.

Yoga has its own mythic stories – a recounting of its origins,its progression, its diminution over time, its disappearance and finally, its rebirth.

Both Hindusim and Buddhism describe time as being circular, and each cycle of time as being composed of four distinct ages or epochs: Satya yuga, the beginning age, then Treta yuga, Dwapara yuga, and finally Kali yuga. Moral characteristics such as honesty, non-violence and mercy decline steadily over the passage of time, until finally, at the end of Kali yuga, they are practically non-existent.

In a Hindu text, the Bhagavat Purana (also known as the Srimad Bhagavatam), it is mentioned that yogis and rishis meditate in an invisible statein Shambala. Their goal: to preserve within themselves the teachings of the Vedas and the Yogas and to reintroduce them to the world at the beginning of the coming Satya Yuga. Buddhism has a similar story: Shambala is a place where Buddhist wisdom is protected from degradation over time.

What would the world look like at the end of time?

The Srimad Bhagavatam describes it as a cannibalistic society with a wicked world ruler, terrible environmental degradation and oppressive taxation.

When this dictator, mad for power, attacks Shamabala, a future Avatar of Vishnu, named Kalki, is to descend from the spiritual realm and lead the fight against evil. In Buddhism, it is a future Boddhisattva, named the Maitreya Buddha, who does the same.

A great world-consuming struggle between good and evil at the end of time will ensue, featuring mystical weapons, ancient flying craft known as vimanas, asgods and demons battle each other. The dictator who orchestrates the destruction is killed and the earth, abused for so long, blooms anew, the wheel of time turns again, the yogis are saved, and the eternal teachings of yoga are reintroduced to world.

We are now somewhere at the beginning of Kali yuga, and we can only expect things to get worse before they get better! The lesson: become more adept at our sadhana (yoga practise) and maybe become like little Shambalas ourselves, ready to pass on the teachings to others! 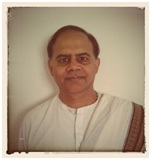 Mohan Ashtakala is a writer and a yoga practitioner. He was editor of a regional publication for thirteen years. He has studied the original texts of the yoga traditions for many years, and has lived in ashrams across India. He has written his first novel: “The Yoga Zapper – A Novel” www.yogazapper.com