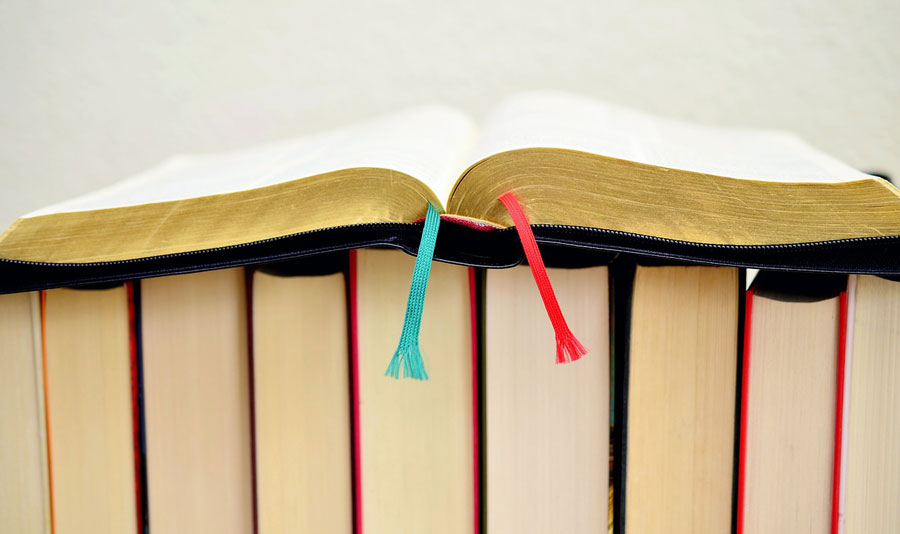 What our religion teaches us is generally also recorded in the form of a book that contains the preaching and the principles of life and the truth about it. These books are called the Holy books and all major religions have a Holy book of their own.

These books explains the truth about life, death and God that also helps us in our time of misery or when we cannot decide the way of life or are so piled up with obstacles that we can’t find a way. Most of people read these books everyday like a praying ritual and some turn to them only in the time of need. The holy book provides valuable lessons to some and to others it gives the strength to go on and the assurance from the Almighty. Here are a few popular Holy Books around the world teaches important lessons for life.

The holy book of the Hindus, the “Shreemad Bhagavad Gita” is considered the most sacred among all their religious literature. The book has recorded the dialogues between Lord Krishna and the prince Arjuna. The basic concepts and principles of life are explained through the book and it also explains Karma, Bhakti and Gyan and the relation of humans with God and how to reach Him.

The Vedas, one of the Hindu holy books has all the Hindu prayers and the chants, mantras and hymns. The four types of Vedas are The Rigveda, Samaveda, Yajurveda and Atharvaveda as per their historical occurrences. These Vedas were written between 1000 B.C. to 500 B.C. and are in the Sanskrit language.

The Upanishads are sacred religious texts of Hindus and are 200 in number. They explain the relationship of the souls with God. They also mention the importance of Vedic life and sacrifices and that of Yoga. Written in the 19th century these were formed after collecting material various sources. They are also known as Vedanta as they explain significance of the Vedas.

The Tripitakas are holy books that include knowledge of the religion of Buddhism. They involve all the significant Buddhist teachings. The Mahayana Sutras are the chapters of the Tripitakas. The relation between internal and the external soul is explained through this literature. It is widely read among the Chinese, and the literature is very famous. It is widely read by those interested in the practices of Buddhism.

The Five Classics are one of the most religious and holy books in china and is based on teachings of Confucianism. They were written in as early as before 300 B.C and are very historic. The beliefs and values of Confucianism are taught through the books. The wars, the kings and the heroes of the time are described in the books. The importance of God is also explained through these books.

The Talmud is one of the religious books in Judaism and the other is Torah. The Talmud has the oral laws of the religion of Judaism. Its first part is Mishnah written before 200 B.C and second part is Gemara written before 500 B.C. The book has 63 chapters with about 62 thousand pages of text. This Holy Book was written in Tannaitic Hebrew and Aramaic language.

Bible is the holy book of the Christians and is divided into the Old and the New Testament. The New Testament includes 72 books. It has the basic beliefs and thoughts of Christianity. The preaching of the Jesus, his words are all recorded in the Bible. The Old Testament is the sacred sculpture and literature for the religion Judaism and is the collected version of the selective writings of the Hebrew and the Jewish community. Together these books help people learn about the history and the principles of the religions of Christianity and Judaism. The Holy Scripture was written in the 12th century B.C.

The Holy Qur’an(Koran) has the religious preaching and the literature of Islam. It has 114 chapter and they are called suras. These suras speak about the ethics and moral values. The Koran describes the religious and social concepts of life. The Muslims read it on a daily basis either in parts or completely and follow everything mentioned in it. Originally written in Arabic, the Koran is the best work in the Arabic language till date.

These holy books are the voices of the Prophets which help us discover the secrets of the universe and the creation. The almighty helps answer the questions about the creation through these books.

Previous Post: Interview with Ivo Dolničar a Certified Hatha Yoga Instructor
Next Post: National Day of Yoga for Nepal to Help in Earthquake